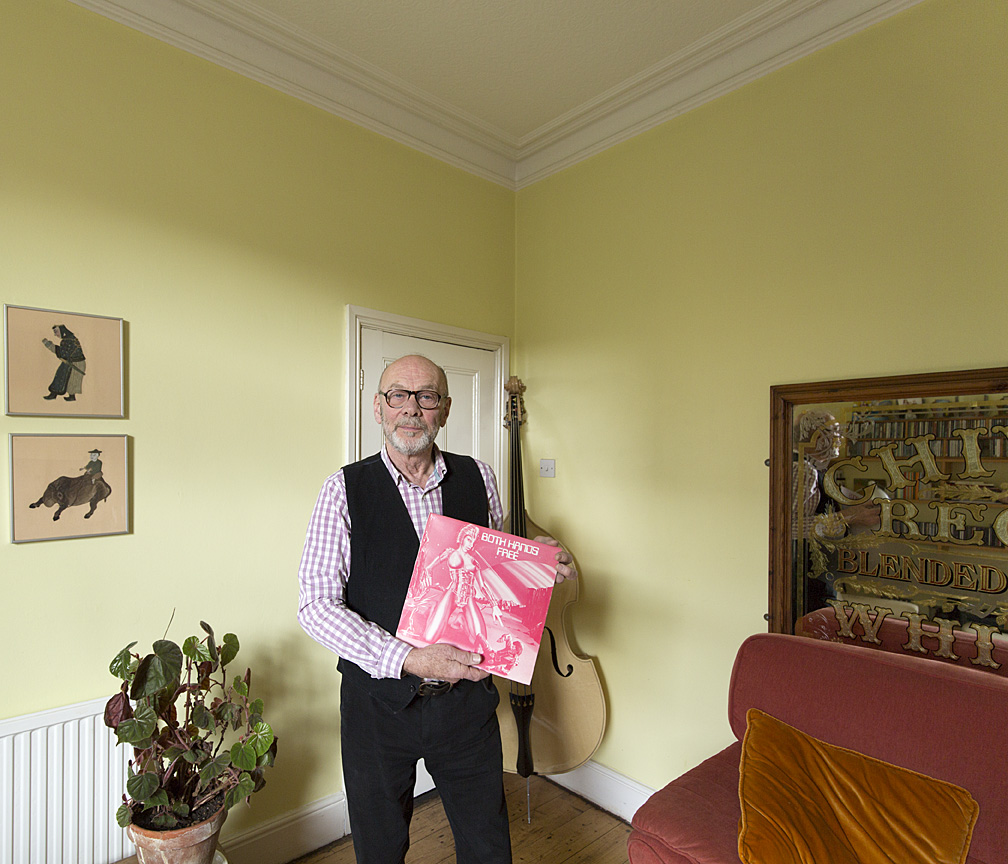 
"It's "Both Hands Free" a Manchester band. Unfortunately, these days there's only one left out of four. Dave Hassel the percussionist is still with us and I spoke to him the other day.

It's special to me, because it was the first time I'd produced anything other than run of the mill kind of pop or folk, or rock, you know, the usual kind of records that you find everywhere.

I'd played with Steeleye Span at the Free Trade Hall and a friend of mine said - 'you've got to stay over tonight at mine in Didsbury, because just down the road, there's a band that plays every Sunday morning - to get Granada of their hair as it were.

And, and there they were, and I couldn't believe it. And they were reluctant to make this record - I more or less talked him into it. And for three years, they didn't like it at all, they wouldn't have any. They just said no, we're, you know - some people 'for the moment' as it were. And then three years later, they changed the minds, they decided it wasn't a bad moment in their history. So they I think - as I remember, they bought quite a lot of the ones that were in my loft. So I've just managed to track down two copies. I had one, but it's pretty worn out. But yeah, I mean, it's just very special music and seeing them live was just extraordinary you know - in a Didsbury pub. So yeah, that's about it. But it was because it was a big step for me. It was a big step up to be involved in something that was not not so much that (becausde they were) 'classy'. But that offered a tangent - not what I was used to because I'm totally untrained, I guess in everything."

William "So it gave you another kind of outlet, another option - something that would not have really been considered before?"

Rick - "It gave me another way of thinking about what was happening - and I'm totally untutored in all kinds, in all ways. Yeah, yeah. I mean, I don't know anything about music. And I think in a funny kind of way, it's what's got me through because I just - I do what I do.

But that - it kind of opened what I do a little more - it made it broader; my capabilities were kind of forced to. I was made to do a bit more after I'd seen what they could do and how they did it. They used to choose the music for that Sunday in turns and they would write it for that Sunday in turn, and I thought that they taught me all kinds of things and subsequently I played with one of them in a band. It was called the Maddy Prior Band. I was married to Maddy from Steeleye for about 30 years. It came quickly (Ritchie Close joining) after recording this actually. She's said 'nice keyboard player' - snap - and snaffled him. And Ritchie was probably the only genius I've ever worked with. He could play the piano backwards without knowing he was doing it. He'd lean over and play it backwards. I said to him 'do you know what you just did?' And he said, 'Oh yeah, that yeah.'

So there! You can get a couple of lines?"