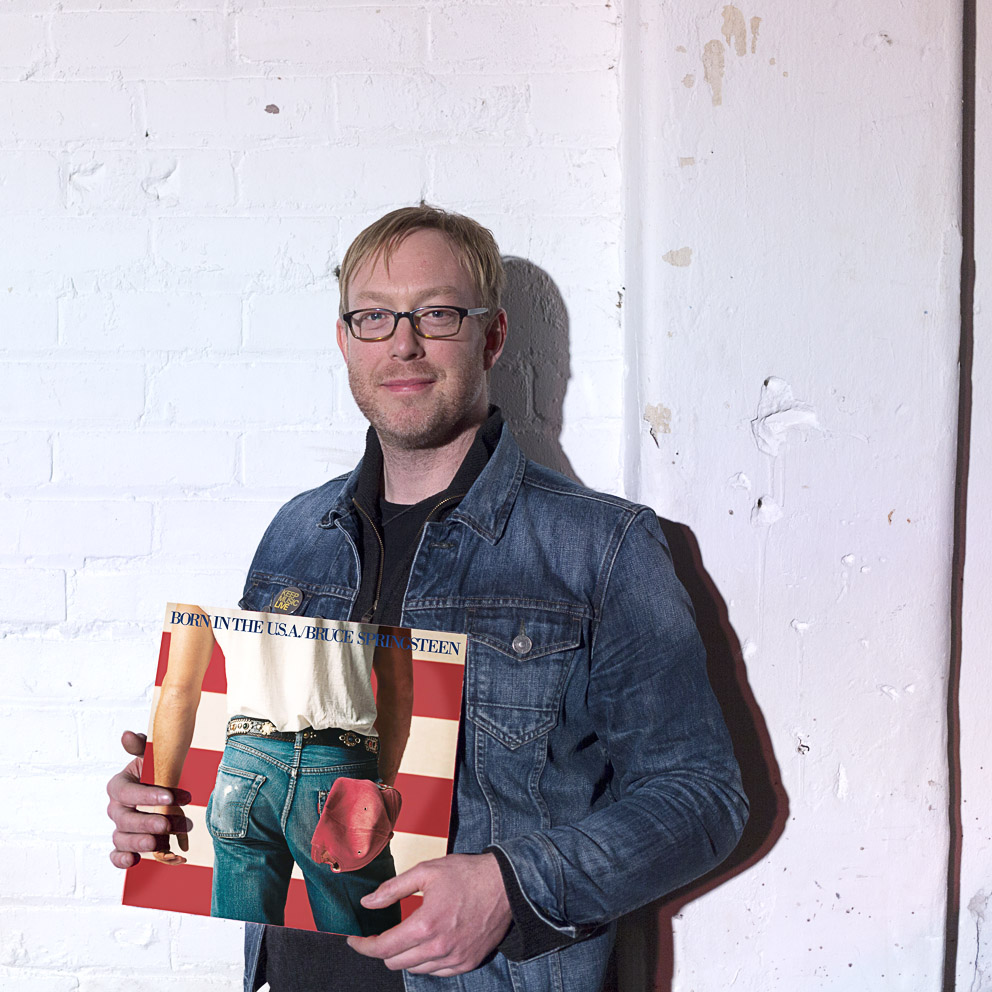 
"Well, the album I've chosen is one by probably my favourite singer songwriter, band leader, performer of rock and roll music Bruce Springsteen. So, if I had to pick my favourite Bruce Springsteen and E Street band album it would be Born in the U.S.A. There are like lots of them of course. It's just if I had to describe why I would say that from the age of twenty one I've had like an intimate relationship going on between myself and his songs, as lots of people do. There's a reason why his concerts are like the way that they are - it's because it's just a celebration of life which lots of people can relate to and are inspired by, are moved by and are entertained by.

I think, for me, throughout times in my life there has been a soundtrack which is Bruce Springsteen songs do the job and help me figure out what to do about certain things that are going on in my life. It's like that - if that makes any sense at all. So I have this - it might be just in my imagination I don't know, but I have this relationship going on between myself and his music and I would say that majority of the time they have always helped me make the right decision about what I might have been struggling with you know.

He has this knack of doing things in his own way and I love that.  I've never met Bruce, though I'd love to, but I've read a book about him and he seems to, you know, he seems a bit like me in his earlier years. He didn't really know what to do with his life but when he discovered music it became clear about what he wanted to do and why. He didn't seem to come from a musical family at all it was just something that was in him .... a love of rock and roll .. and it's a great source of inspiration to me as a musician.  So that's one of the reasons why I've chosen Born in the U.S.A. I'm not American I grew up in a small town in West Yorkshire, I was born in Dewsbuy Infirmary you know, so I wasn't born in the U.S.A.

However, I don't feel as though I need to be to understand what's going on on that album and I love it. I remember my dad playing it in the car on a cassette tape when I was about eight or nine years old.  We were driving on our way from West Yorkshire to my gran’s caravan in Skipsea on the East coast for our summer holiday, our two weeks on the East coast of Yorkshire, and the two albums they had in the car were Born in the USA by Bruce and, I think, my sister she had a Shaking Stevens tape that she liked and that was ok I thought, that was alright. But when I was eight or nine years old Born in the USA I just heard it as guitar and drums you know but when I started to become a young man it took on a whole new lease of life for me and I still listen to it from start to finish and I relish it , you know.

So that's all I have to say about my love of Bruce Springsteen and the E Street band and Born in the U.S.A. in particular.”

Bruce Springsteen: Born in the U.S.A.released 1984.