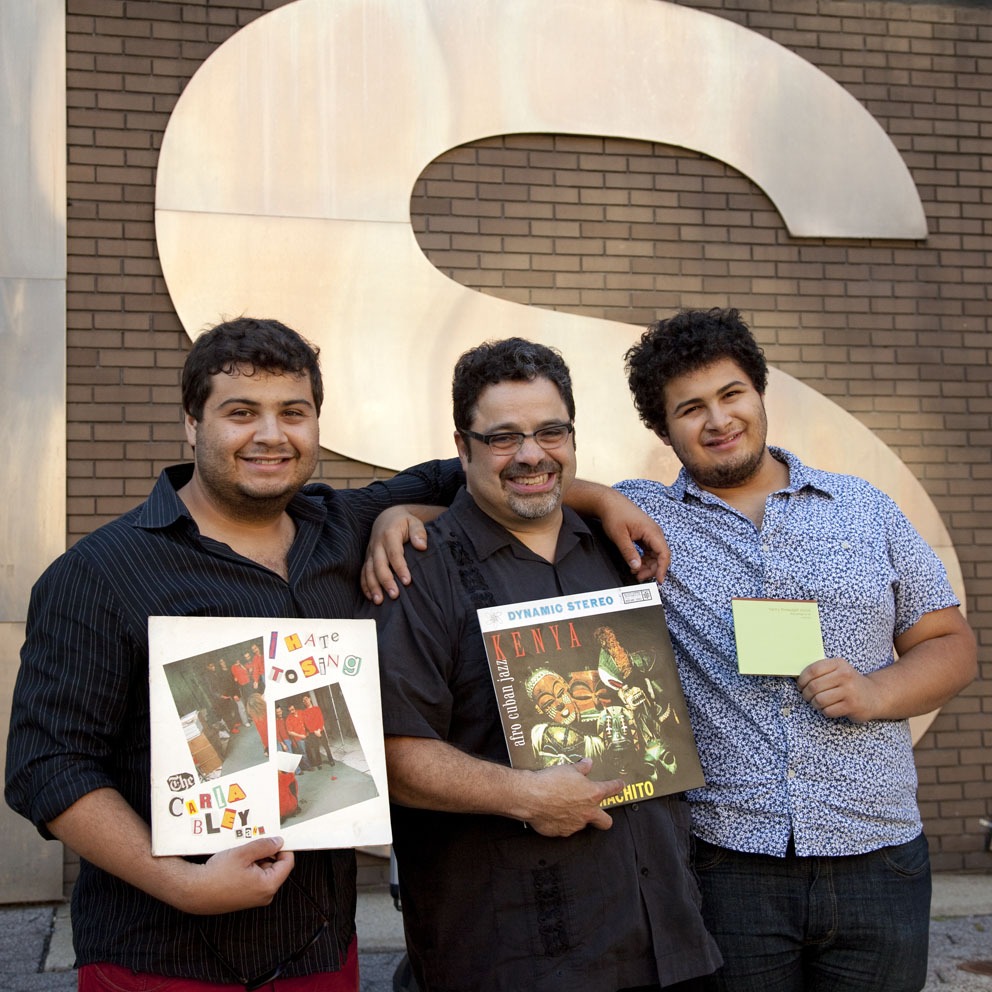 Zack, Arturo and Adam O'Farrill: Musicians, At Harlem School of the Arts

"My name is Zack O’Farrill and the record I picked is Carla Bley's ‘I Hate To Sing’.

This is a special album for me because it’s an album that my dad used to play for us when we were kids and that I rediscovered later as a teenager.

It’s still hilarious but I realised how musically intense and heavy it is too. It’s also fun because my dad is on this and he sings on this.

It was amazing to come back to it and see that it’s a record with such a sense of humour but it’s still got a lot of music in there - there’s a lot of music.

I think jazz in general has really lost its sense of humour these days - I love this record because it’s very funny!"

"It’s an album by Henry Threadgill and his band Zooid. It’s called ‘This Brings Us To Volume 1’.

It’s an album I only started checking out kind of recently and it’s really special to me because it’s just a really interesting album.

It’s an album that’s really a lot about life and decisions.

A lot of music becomes kind of self-indulgent - the sole purpose, the sole drive behind it is music - only music related things.

This music and the band they kind of contrast, it’s a very organic, communicative, really personal style of music and the way they play together - they kind of navigate intricate music but know how to be flexible within it and not adhere to, not strictly adhere to, guidelines and rules while having a clear foundation of them."

Henry Threadgill: This Brings Us To Vol 1 released 2009