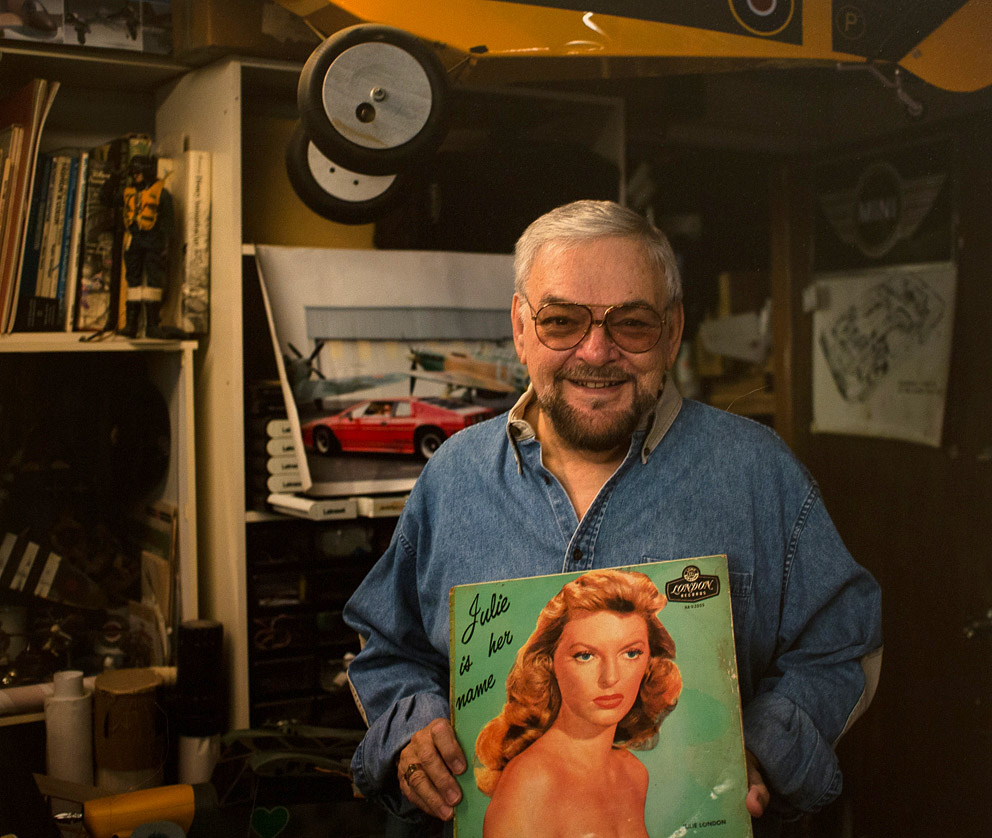 It was like an eye-opener - although I played guitar I didn’t know what the hell he was doing. Wow - what’s he doing?I wanted to know.

It took me a couple of years and I finally found a teacher in England that started to teach me harmony and stuff like that.

But it wasn’t really till I got here to the States that I started taking lessons with Ron Anthony and Barry (Zweig) and a few other people that I started to really know what was happening and started to emulate that kind of thing.

It’s Julie London - it’s magnificent - it’s just her, a guitar and a bass. The album is Julie Is Her Name.

I found out later that Julie was quite a fixture here, she used to have jazz parties at her house here in North Hollywood.

It was a centre for all the top studio musicians to play.

She has a great voice - it’s not the usual jazz voice, she has a very soft voice.

Barney Kessel did all the arrangements on it - they were magnificent too - it swung - just guitar and bass!”