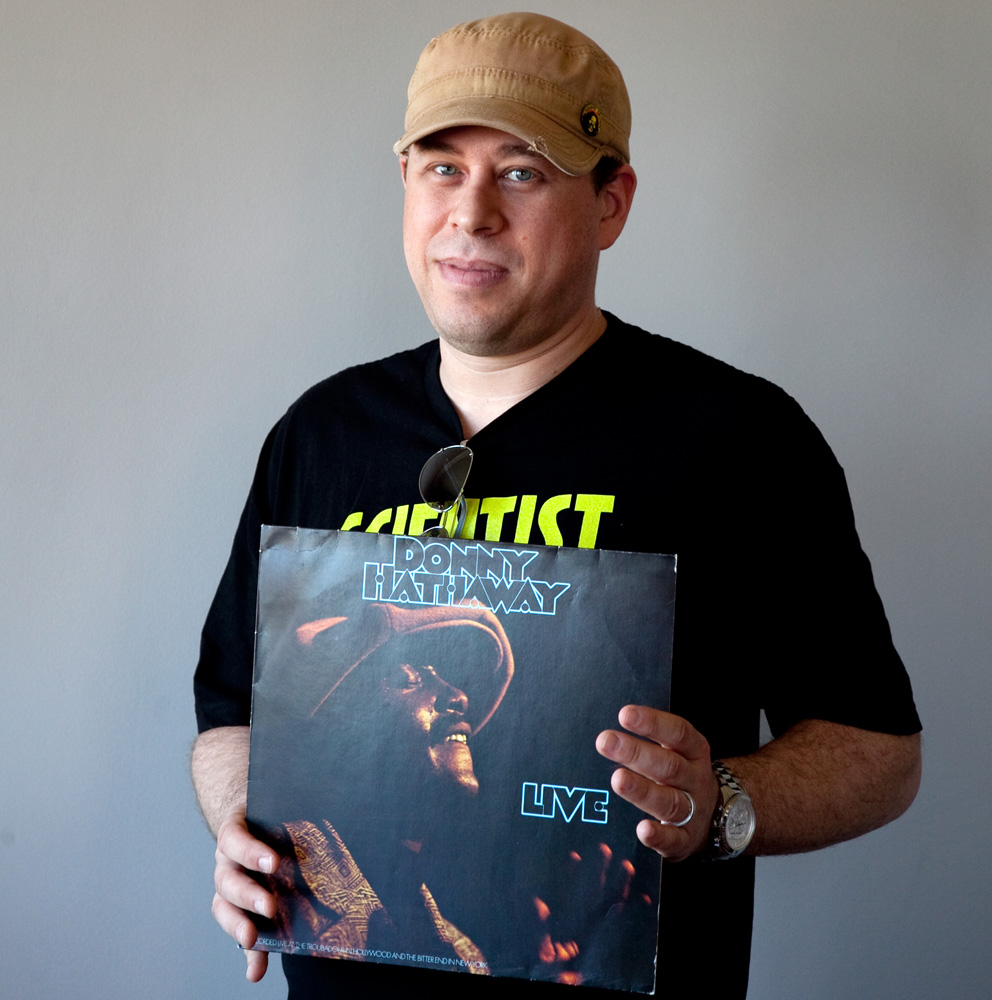 
"This record is Donny Hathaway Live and it’s just one of those records that has magic in it, you know. It obviously is a live record but I probably listened to it for a long time before I even considered the sound of the recording or, you know, the quality of the recording was so secondary to the music. I mean, it’s a decent recording, it’s an example of musicians playing in a club setting and the sound is just so huge and warm and it’s just like a perfect record to me.

You know, it’s a live record and they didn’t have the ability to go back and, you know, I’m sure there’s some editing in it but not overdubbing and take after take.

And I mean obviously, Donny Hathaway is the centre of the music; his voice is just like…it still gives me goose bumps when I listen to him sing - and then his playing on the Fender Rhodes – I think it’s a Rhodes on here, it might be a Wurlitzer – but yeah, just so soulful.

This is like the perfect combination of…like if I wanted to play someone an example of what soul and funk – like the mixture of those two things – are, this would be the record I would choose.

WE: So this is kind of an ultimate record in a way for you, in that genre.

TS: And it kind of crosses over, you know, you definitely hear a jazz influence in there, like he has an arrangement of “What’s Goin’ On” and a re-harmonisation of chord changes at a certain point and gives it almost like, you know, there’s jazz chords and there’s improvisation.

And then the bass solo on “Voices Inside” which is called “Everything is Everything” as well is Willie Weeks and, even though I’m a drummer, that bass solo is one of the greatest solos I’ve ever heard period – I could listen to that over and over again.

And then Fred White is on drums on all of it and he was from Earth Wind and Fire and, yeah, he’s been a big influence on how I approach that style of music as well.

Because he had a lot of studio records – well, a handful at least – you know his life was cut short. But for a long time, this was really the only live thing that I knew of but then in the past number of years they’ve found some more stuff that was recorded at the same time. You know, some recordings have been unearthed.

I’m actually very close friends with his daughter, Lalah and his wife, her mom who was also named Lalah, and she sounds very much like her dad but before I met her I knew this record so…

Yeah, and you know they used to live up here too – I mean, he was originally from St Louis and then he went to Howard [University] in Washington DC – but then he was pretty much known as a Chicagoan, you know, where he was making his career as a recording artist for Atlantic and also a composer and arranger.

They lived right up here on Lakeshore Drive for a period of time in the ‘70s, so Lalah considers Chicago her home even though she’s been in LA for probably 20 years or so."