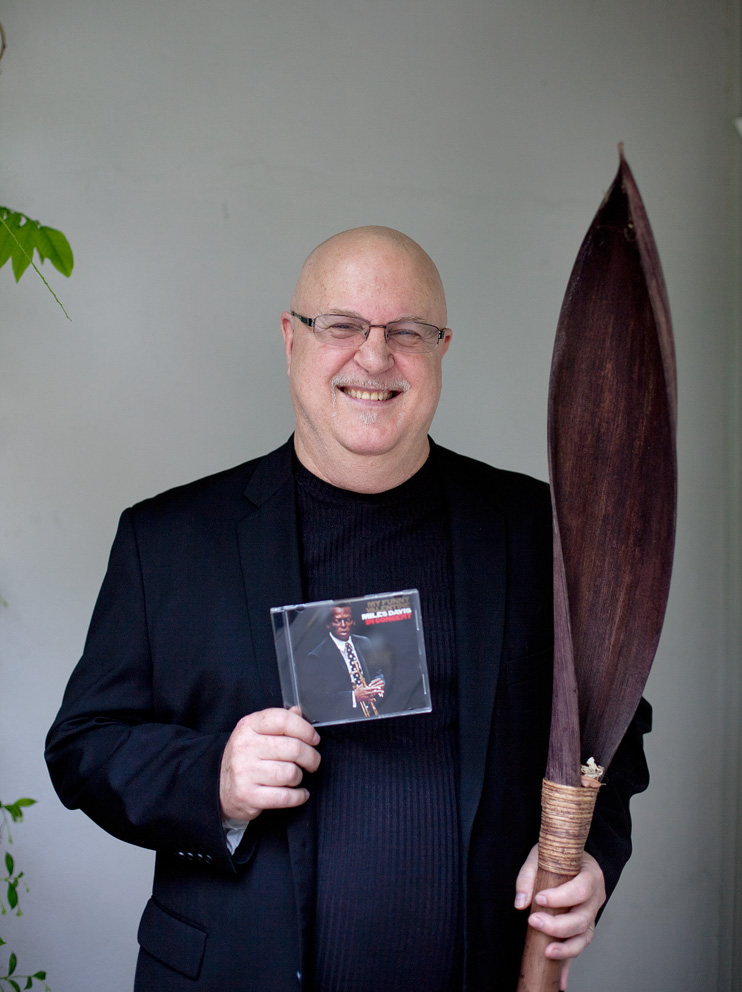 
“The album I choose was a concert by the Miles Davis Quintet.

Which was Herbie Hancock, George Coleman on saxophone, Ron Carter and Tony Williams on bass and drums.

The concert as I understand it, took place at Carnegie Hall, produced two complete LPs, and they kind of put the fast tunes on one recording which is called ‘Four And More'- Four being the name of a famous Miles Davis tune.

The other one is the one that I’ve brought called My Funny Valentine which contains the more low key numbers – the ballads.

And when I was in high school, I was in 9th maybe 10th grade – I got this record and was so completely hypnotised by it - it was so gorgeous in the sense that it took on an importance for me – couple of tracks in particualr - Stella by Starlight for one.

It was far more than five guys jamming on a song, it had ups, and downs – it almost had a symphonic quality to it.

I would take you all these emotional places and of course everything being improvised it was just a tribute to the genius of these five musicians.

Something I really learned from this record – the value of not playing – that space is one of the best elements you can exercise in music, and I spoke to Herbie Hancock about this later, we’re friends, and I told him how much this record meant to me and I said it was amazing the way Tony Williams would lay out for a while but then when he comes in ‘de ding ding ding ding de ding ding ding ding – it’s like Holy God it’s just so unbelievable.

And he said ‘you know part of that was due to the fact that we couldn’t hear each other very well so Tony just decided to just lay out and listen.’ (Much laughter)

But whatever the reasons this turned out to be, in my book one of the supreme jazz recordings of all time, and I used to get up, I’d wake up - I had one of the early phonographs that had a headphone out jack output – it was Koss I think, I had this thing and I would set my alarm for half an hour early before school – like 6.30 or whatever it was and I’d have my headphones on just put on Stella by Starlight and I did that almost every morning for months! (laughs) - it was just that meaningful for me.

Since of course I’ve transcribed some of the (album) – I could play all of George Coleman’s tenor sax solo and some of Herbie’s stuff.