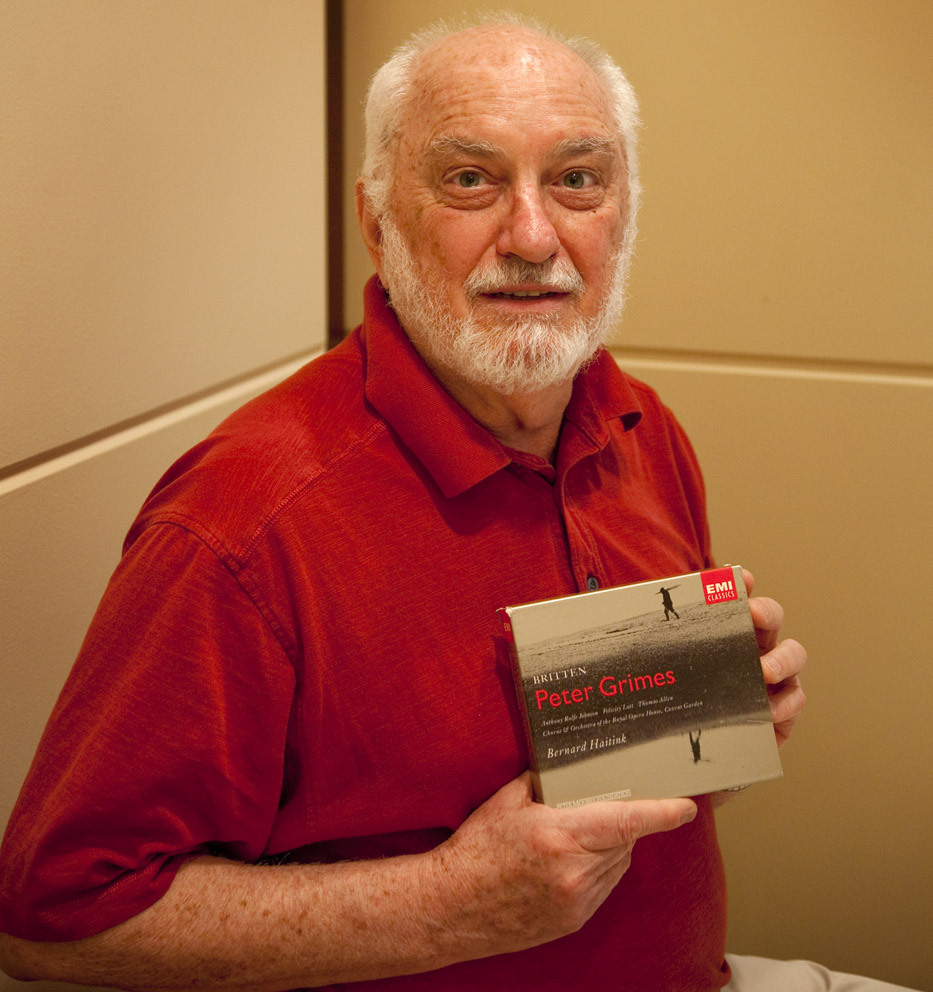 "Well, I brought Britten’s opera Peter Grimes. This will have to stand for all of the works of Britten that I am so much indebted to. He has been my hero ever since I first heard him in the ‘60s, I guess, when I was in undergraduate school.

Thank goodness for Britten because there was hardly anybody else writing wonderful vocal music in the mid-century and even later.

So, not only was he writing vocal music, but it was lyrical, it was singable.

I loved it because he was such a wonderful setter of words and, as a composer and as a singer, I’m so interested in words and music coming together in the best way that they can and he was an absolute master of that."