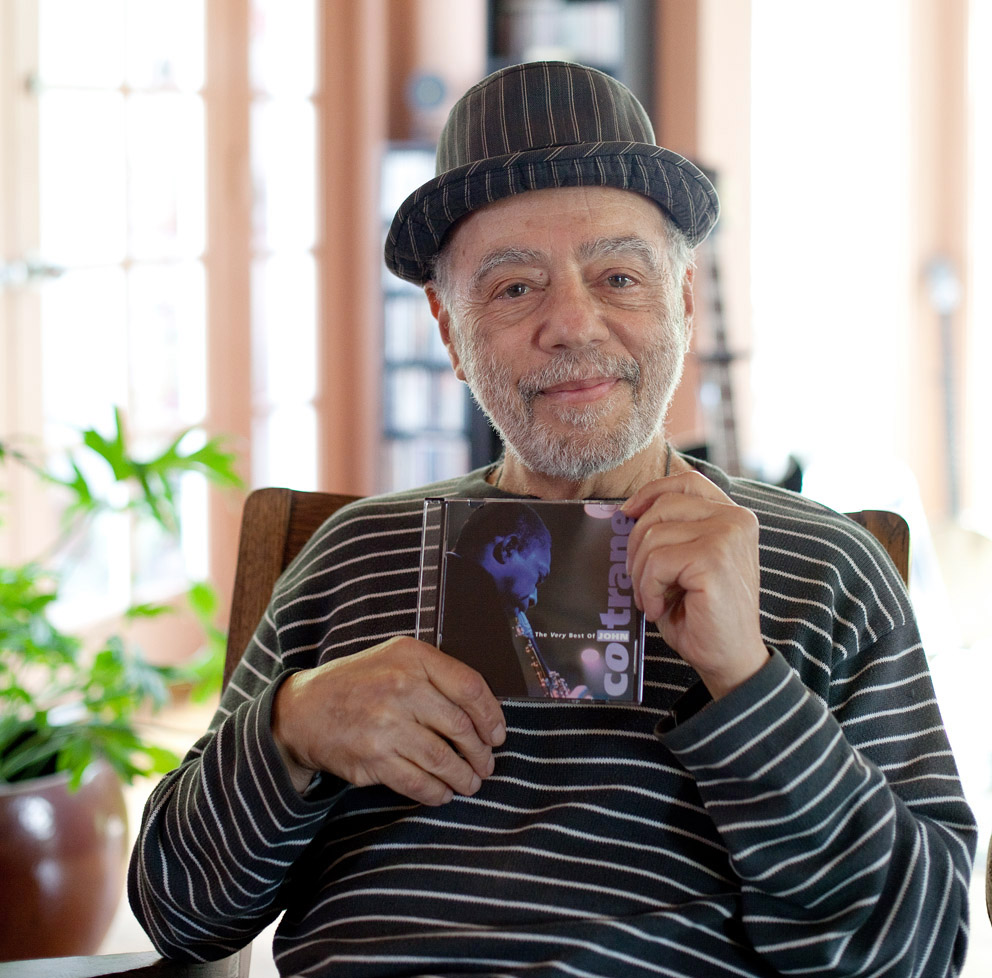 
"I've had a number of John Coltrane records. And this one is "ThVery Best of John Coltrane", but it has two of my really favourite cuts, which is naturally "Giant Steps", which was a big hit for Coltrane - if you think of the jazz being hits. And then "My Favourite Things" were true was really his big record, which is played continually now even, probably 50 years after it was first recorded. So, and, you know, I use that, that tune my favourite things often in in my daily life. So, every time I start to get I get pissed off in traffic, or every time I start to ruminate about something or somebody or somebody cuts in line in front of me at a theatre and you know, like, sometimes aggressive guy, and I think about Okay, I, you know, I started to think about, well, should I hit the guy first? Or is he going to hit me first?

You know, to stop myself from thinking those things, I just either hammer or whistle - "these are a few of my favourite things" and it's kind of a mantra for me and it, and it works almost every time, it just changes my mindset. So that I'm not thinking dumb things and terrible thoughts. So aside from being wonderful music, you know, I've been able to use that as therapy - and it works! So I could thank Coltrane, for that - aside from liking to listen to it, I like to listen to myself humming it or whistling it - that was good. This particular this particular CD has a number of other cuts on it that I like too you know, "Central Park West" is good. And "Summertime" which you know, existed long time before but it is a beautiful ballad. And Coltrane does it as well as anybody ever has. So I play this often, you know, while I'm working. And he's just one of my favourite jazz musicians and I think that the photograph that I have of him is probably my most well known jazz photograph. So it's kind of full circle in that respect - so all those things seem to fit together."