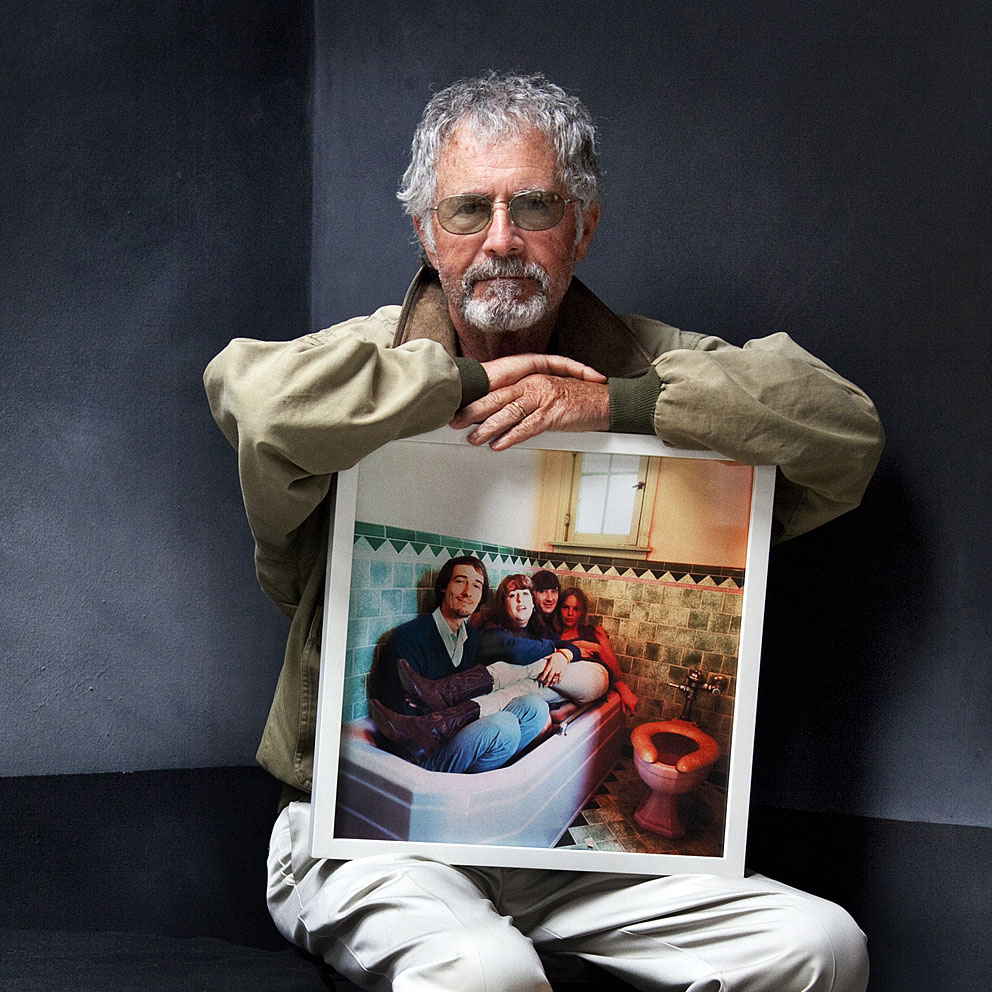 Guy Webster: Photographer, The Mamas and the Papas: If You Can Believe


The Mamas and The Papas:

If You Can Believe Your Eyes And Ears

“I designed and did all the graphics for album covers for Mamas and Papas and the Stones, The Doors and all that.

There’s a Doors cover that’s really famous – this one here (shows ‘The Doors’ ) was the original Doors cover, that’s one of my most famous covers, it was nominated for a Grammy along with a Byrds cover that I did.

That Doors (The Doors) cover there – was very elegant when it first came out,

And then later on the (print) runs got trashier and trashier, the colours were off, they could be off register even.

William: Would you say that the albums you’ve mentioned represented a milestone in your career?

Guy: The milestone of my career was the Mamas and The Papas in the bathtub.

That put me on the map, I’d already become successful - but I wasn’t ‘a known’ photographer.

That particular one - I loved the music, I was really close friends with the Mamas and the Papas until most of them died I was a major friend, and I still have one left Michelle is still a good friend she comes to visit, we do things together.

So those are the ones (albums) I would say are monumental for my career, but after Mamas and the Papas, I travelled with them, they were my best friends,

Dylan – I shot him but never stayed friends with him or anything like that.”

The Mamas and The Papas: If You Can Believe Your Eyes And Ears released 1966