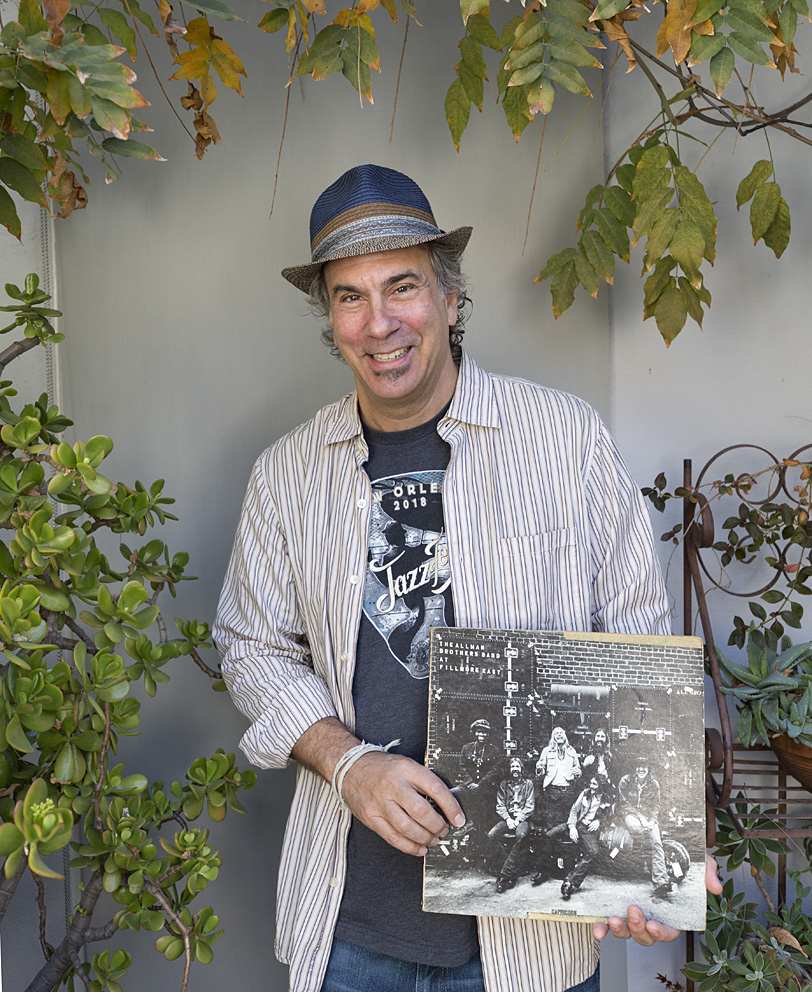 
“Well, there are a lot of records in my life, but if I had to pick one, there's no doubt that the Allman Brothers Live at the Fillmore East would be the one I would want to take with me. There is passion, there is fire, there is darkness, there is light, there is power.

There are two drummers - something I had not heard before and there is Duane Allman’s guitar with Dickey’s (Betts).

The last real recording before Duane was tragically killed, and I’d never heard anything like it in my life. I was about 11 or 12 the first time I first heard it, and to this day I still get goosebumps talking about it.

You have two live discs, seven tunes and on three sides there are four tunes - something that really wasn't done a whole lot.

There are elements of jazz and blues and what later you know became known as jam bands, but more importantly, there was a musicality.

There was something that saying without words that hit me to my core that was the sum of all the parts.

You know, not just Duane and Dickey’s playing, but the the foundation of these two drummers, Berry Oakley (bass), also who was tragically killed about a year after Duane died.

Greg's voice, his Hammond playing - all comes together in a way that to me is sort of a consummation of all the music that moves me, I love jazz. I love roots. I love blues. I love Americana. I love it. You know, Miles Davis once said - you know, (I probably don't have the quote quite right but you know) - “If it's good music, it's good music - you don't put it in a box.”

This is all of it in one place and it's almost half century old, which also goes to the timelessness and power of what music is for me.

I was listening to it on the way over (to the session) there's so much darkness and so much light and they'll move from a shuffle to something kind of gospelly to something that just opens up with beauty and then takes you down to a very powerful but not as beautiful place but in many ways as beautiful in its own way.

And I never heard that instrumentally before. I was a kid, now what you know that's what I was doing I was 11 or 12.

What was Derek Trucks - Butch Trucks’ nephew doing he was 11 or 12 years old? Playing with Warren Haynes!

I was listening to Cream to Hendrix to Zeppelin into the Allmans, little bit of Miles even though I was just a kid then.

But this just opened all the doors, it really did. There's no doubt if I had to pick one album. This will be a and the fact that it's also live and what's created on stage too In that moment, is so much more than just a conversation. I mean who knows, you know, how much of these arrangements were rehearsed? And how much happened on stage, but it feels like you know, and that this a kind of through line to jazz. It feels like you're witnessing creation in real time - that the conversation that is happening between both guitar players and the cues they pick up and then the drummers kind of lead them somewhere and how they come back.

It was just ear and eye opening and to me is something that I really kind of carry with me now. So I have these guys and this album to thank for it.”