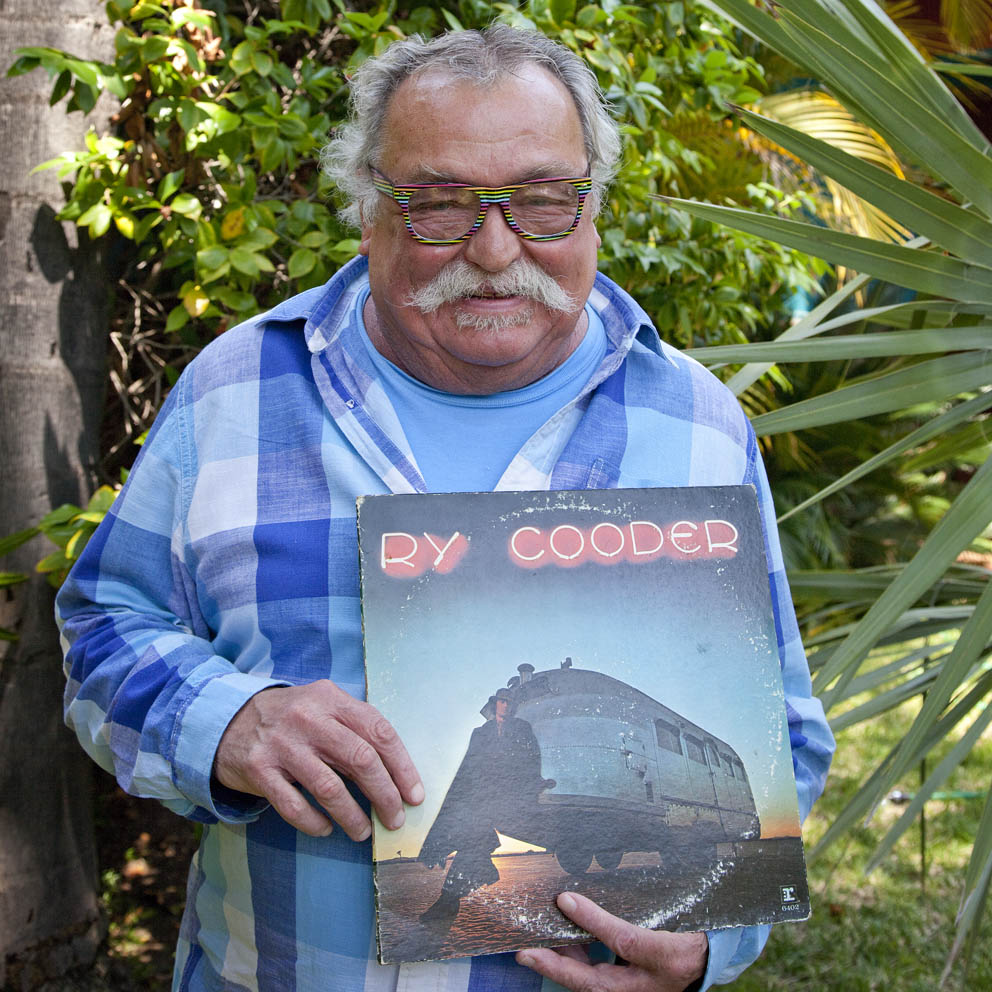 
"Well, there are many albums that I really like but since I was a kid I was… my first tape recorder was a reel to reel and I was always making mixers and in about 1974 I bought my first cassette player and I quit making cassette tapes about 2002 because iTunes came out and I could start making…and I was making mixers all the time.

With a cassette, what I wanted to have was no dead air on it, so you’d get to the end and there’d be just a little bit, you know, like a minute, two minutes left on it and it’s like you don’t want to put a whole song on there because it’ll be clipped, but on this album – which is Ry Cooder’s first album - there’s a song, it’s track 1 side B, is called “Available Space”.

It’s an instrumental and it’s the perfect song and it’s the most recorded song I have on all of my tapes because it’s only 2 minutes and 11 seconds long.

So, I would... at the end of a thing and if there was only like a minute left or two minutes left I would put “Available Space” on there and it would usually play out but at least when you hear it - because it’s this little ditty [sings] – it would oftentimes clip it but I didn’t mind.

And then I found later on, the guitarist Leo Kottke did another version, I mean did a version of “Available Space” and his was only 2 minutes and 7 seconds long. [laughs] I never used it but I actually ran into Ry Cooder and I helped him work on a project called Chávez Ravine and this was down at the library where I got to know him a little bit and I told him that story and he acted like he was pissed off because I kept stealing his song [laughing].

He didn’t know that Leo Kottke had done a version of it also. Anyway, that’s my album!"